Visa is the Official Payment Services Partner of the U.S. Soccer Federation. 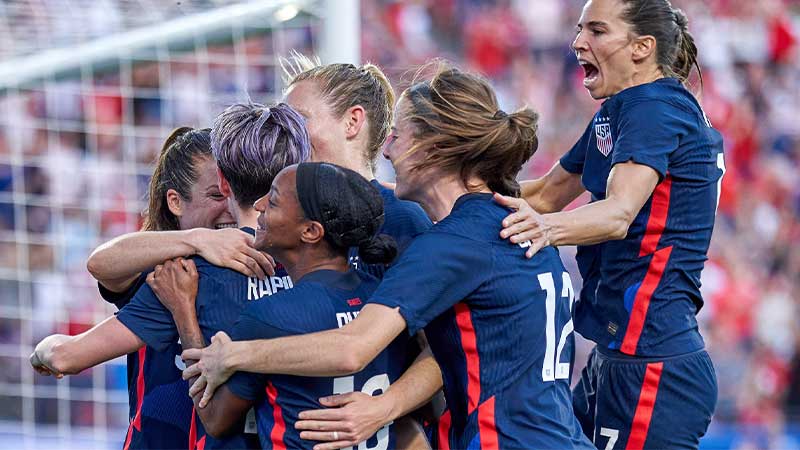 As a proud partner and the Official Payment Services Partner of the U.S. Soccer Federation through 2023, Visa’s partnership supports both the Men’s and Women’s National Soccer Teams in their competitive pursuits.

Sport presents a huge opportunity for women to pursue their dreams on and off the field, women make the majority of consumer purchases and start millions of small businesses a year. By making a substantial investment in women’s initiatives, including soccer, Visa is celebrating this powerful global force.

As part of the partnership Visa is the title sponsor of the SheBelieves Cup, a four-team women’s international team tournament played in the United States each year. The SheBelieves movement began in the run-up to the FIFA Women’s World Cup Canada 2015™ leading to the first SheBelieves Cup in 2016. The tournament is based around U.S. Soccer’s SheBelieves initiative, focused on inspiring young girls and women to accomplish their goals and dreams. Visa’s presenting sponsor title further solidifies Visa’s commitment to the global cultural movement for gender equality and women’s empowerment.

Visa is committed to supporting athletic excellence around the globe and is proud to have USWNT players Megan Rapinoe and Rose Lavelle on its Team Visa roster.

Since the beginning of the Team Visa program in 2000 and leading into the Olympic Games Tokyo 2020, on average 55 percent of Team Visa athletes have been women, including 19 global women’s soccer players. The Team Visa program has supported more than 500 athletes and aims to provide athletes with the resources needed to achieve their goals.