Both components of the index—present situation and future expectations—are approaching pre-pandemic levels.

August 10, 2021 – The July Conference Board Consumer Confidence Index increased slightly to 129.1 from an upwardly revised 128.9 in May, with the present situation component increasing by 0.7 points to 160.3, just 6.4 points below the pre-pandemic reading. The expectations component held steady, moving down by just 0.1 point, indicating that consumers remain positive about the continued recovery through the remainder of the year.

Both components of the index—present situation and future expectations—are approaching pre-pandemic levels, with consumer optimism in the recovering economy, income expectations, business conditions, the labor market, and the hope of a return to normalcy within the year all contributing to the index’s strength. Regional differences are becoming more prominent, however, and seem to be linked to areas where COVID-19 cases are on the rise.

The next several months will be telling for the potential of further regional divergence in consumer confidence and the continued strength of the economic recovery. The Delta variant has yet to truly impact confidence levels, but a resurgence of case counts or associated shutdowns in the remainder of summer could still impact the fragile consumer mood.

Positive signs for consumer and business conditions in July

The labor market assessment continued its strong run, with close to 55 percent of those surveyed—a 21 year high—saying jobs were “plentiful” and only 10.5 percent saying jobs were “hard to get.” The differential between the two of +44.4 is the second highest on record. Consumers continued to see available job opportunities, but employers were still finding it difficult to fill many positions. Schools opening and available daycare, among other things, may be necessary to spur more people to return to the workforce.

Current business conditions were slightly better in July, with consumers who view them as “good” versus “bad” representing a differential of +7.1 percentage points, up from +6.1 in June. The differential increases to more than 20 percent between consumers who expect business conditions to get “better” versus “worse” in the next six months. This differential has remained strong throughout 2021 after weakening toward the end of 2020. This confidence is translating to purchase intentions for an increasing percentage of consumers, with those who plan to purchase both autos and appliances at their highest levels since the end of 2019 and 2017, respectively. However, inflation expectations are top of mind and could dampen purchase intentions if consumers begin to see inflation as longer term rather than merely transitory.

While national confidence numbers have been strengthening—many approaching or even surpassing pre-pandemic levels—several stark differences in regional and demographic indices have emerged. In two census regions—New England and the Mid Atlantic—confidence levels are higher than they were in February, 2020. Pacific states are on par with pre-pandemic confidence levels, and the rest of the country remains well below pre-pandemic index levels. Index levels in the Mountain states—Arizona, Colorado, Idaho, Montana, Nevada, New Mexico, Utah and Wyoming—remain more than 30 points lower than they were in February of last year. The East South Central region, which includes Alabama, Kentucky, Mississippi and Tennessee, is not faring much better, with index levels still more than 25 points below last February. Many of the geographic areas mired in lower confidence numbers are seeing a resurgence in COVID-19 cases, which could continue to suppress the recovery in confidence.

Of all income groups, only households with an annual income of $75-$100k still remain well below pre-pandemic index levels—nearly 22 points below February 2020. All other income levels have surpassed or are approaching pre-pandemic levels. Anticipating potential hardships from the imminent expiration of many support programs, middle income consumers have grown less confident as a result. Income expectations have been on an upward trend, however, with more than 20 percent of consumers overall expecting higher income in the next six months. Job recovery and income growth may reverse the lower confidence levels among middle income consumers.

The trend in confidence has been positive for all age groups over the last six months, but consumers 55+ are the only group with a higher index level than pre-pandemic. After a precipitous drop in confidence in late 2020 and early this year, older consumers’ confidence has come back strong and surpassed that of other age groups in July. The rebound began as vaccinations were first distributed to older consumers, and it quickly showed in other components of the index, such as purchase intentions for autos and appliances, as well as travel. This increased confidence could drive spending trends among older consumers, warranting close observation in the coming months.

Change in confidence from February 2020 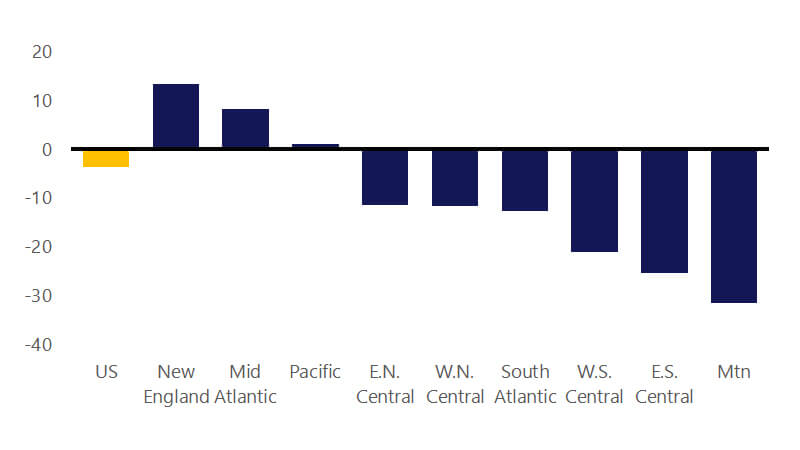