Job growth finished 2019 very solid even in light of the low unemployment rate at the start of the year. The state of the economy for consumers remains strong thanks to stable prices and low unemployment, which has made consumers very confident. — Travis Clark, U.S. Assoc. Economist at Visa 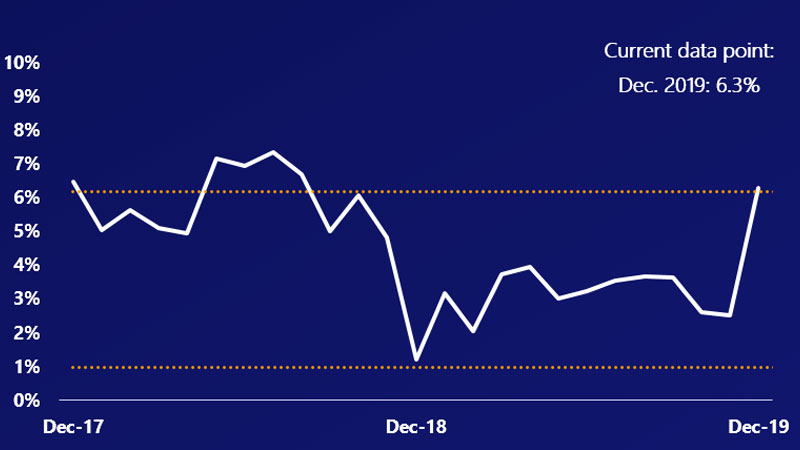 Studies, survey results, research, recommendations, opportunity assessments, claims, etc. (the ‘Statements’) should be considered directional only. The Statements should not be relied upon for marketing, legal, regulatory or other advice. The Statements should be independently evaluated in light of your specific business needs and any applicable laws and regulations. Visa is not responsible for your use of the Statements, including errors of any kind, or any assumptions or
conclusions you might draw from their use.