Consumers are continuing to propel the U.S. economy forward

Stronger wage and salary growth for the month helped support growth in nominal personal disposable income, rising 4.1 percent YoY. This was a slightly slower pace than in October. The saving rate edged a bit lower to 7.8 percent, down from September’s 8.1 percent reading, suggesting a bit less caution among consumers. 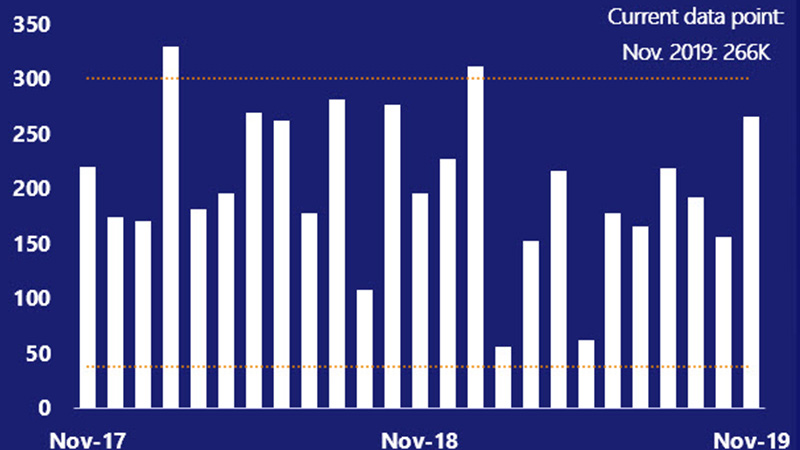