April 2, 2020 – Retail sales (excluding auto sales) growth decelerated again in February to 4.2 percent on a year-over-year (YoY) basis after a 4.5 percent pace in January. So far this year the growth trend in retail sales has been downward. The closely-watched control group (which feeds into the calculation of GDP growth) was revised higher in January but was flat in February, signaling that consumer spending started to lose a bit of momentum so far in Q1.

There is evidence that consumer spending softened in February even as job and income growth remained solid. Sales fell across a broad-range of categories for the month. We will be looking for signs of more cautious consumers in the months ahead.

Strong job growth continued for the second straight month, while prices increased more than 2 percent for the fourth month in a row. Consumer confidence remained steady. Overall February’s consumer sector data remained solid and it was a great month for consumers. 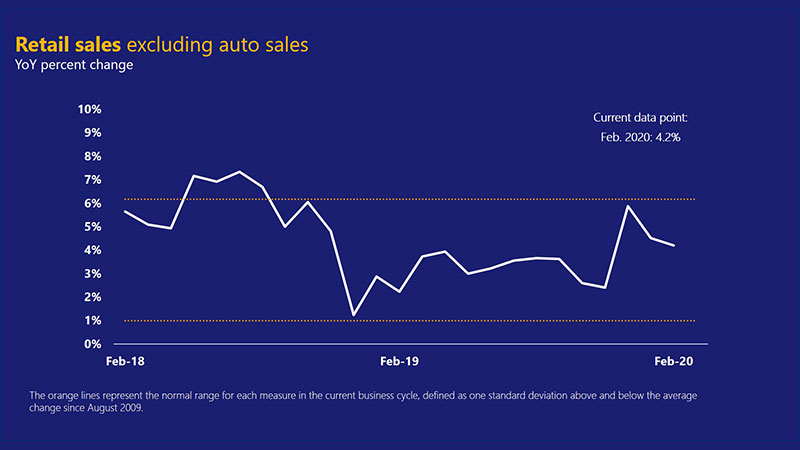