November 10, 2020 — In September, there were 24.1 percent fewer businesses open relative to January. This represents a slight increase in small business closures since August. Restrictions in response to the July peak of new cases were rolled back slightly in September. However, many small businesses remained closed through September. Closures are continuing as demand takes longer to recover.

The District of Columbia had the largest percentage of closed small businesses—38.4 percent—in September relative to the start of 2020, followed by Alaska (37.3 percent), Maine (35.3 percent) and Rhode Island (34.2 percent). Except for Alaska, new COVID cases among these states remain at or below the national average, indicating a more cautious approach by legislators in these states.

"Shutdown orders from July were slightly rolled back in September. While this has helped small business revenues recover for the second consecutive month, employment increased only slightly and opens remained essentially stagnant," said Travis Clark, Associate U.S. Economist. "Despite some restrictions being lifted, fear of infection is hurting consumer demand.”

"Uncertainty about how long small businesses’ current cash on hand will cover expenses rose again in September. However, the vast majority of small businesses continued to report that they were current on loan and other payments," said Michael Brown, Principal U.S. Economist. "In these uncertain times, federal stimulus programs have allowed small businesses to weather restrictions in place since July." 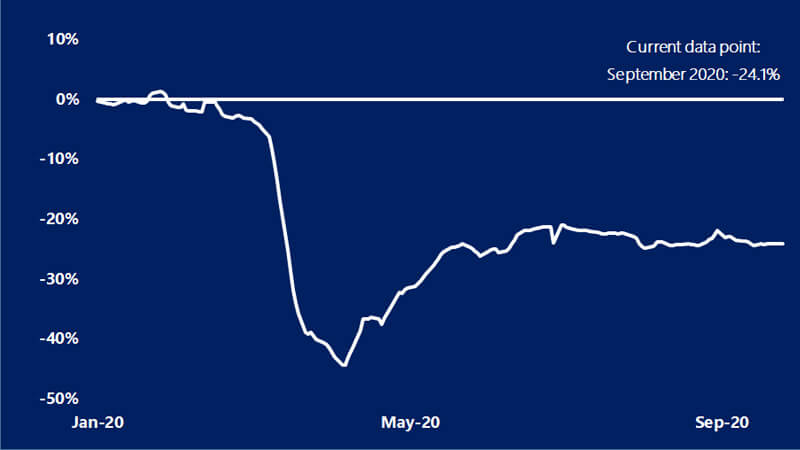