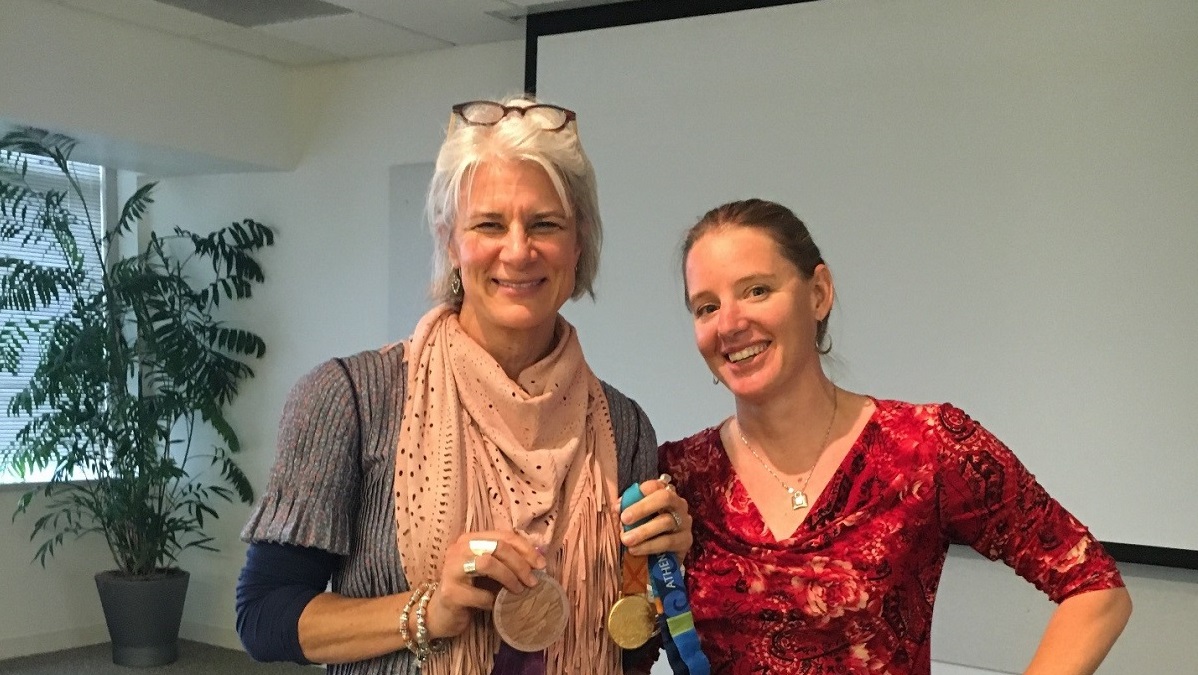 In celebration of the United Nations' International Day of People with Disabilities on December 3, Visa’s Employee Resource Group ViAble invited Kelly Crowley, a two-time, two-sport Paralympic medalist to the Foster City, CA headquarters. Crowley spoke about overcoming adversity, the dogged pursuit of excellence and the benefits of integrated sport.

The goal of this event was to promote an understanding of disability issues, mobilize support for people affected by disabilities, and emphasize the benefits of including and integrating persons with disabilities in every aspect of social, economic and cultural life.

Diana Knox, SVP, Global Franchise Management, kicked off the event by welcoming Kelly onto the stage, where she showed a video of when Kelly visited San Diego's Low-Speed Wind Tunnel for aerodynamic testing, hoping to gain an edge that would lead to a medal at the Paralympic Games. Shortly after her visit to the wind tunnel, Kelly won two bronze medals in the 2012 London Paralympic Games, despite breaking her collarbone in a professional race five and a half weeks before the Paralympic Games Opening Ceremony. This video showcased how new approaches and innovation help overcome challenges that people with disabilities face.

During Crowley’s presentation, she shared her experience on becoming a professional athlete and overcoming challenges on the road to success, offering the audience a simple action plan. “Here are the steps to success. First, identify your talent and believe in your abilities. Then seek out opportunities and go after resources. Align your ability, opportunities and resources to a clearly defined and meaningful goal,” she said. These simple steps led Crowley in her journey as a professional athlete with remarkable accomplishments: two gold medals in the 2004 Athens Paralympic Games and two bronze medals in the 2012 London Paralympic Games, as well as a career as a coach and a motivational speaker.